A New Way To Communicate With Your Team Is Coming Soon

Unlike Slack messages that disappear in seconds and company-wide emails that never get opened, Recess makes it easy to send professionally-formatted internal newsletters and announcements your team will actually read. Request early access today...
GET EARLY ACCESS >> 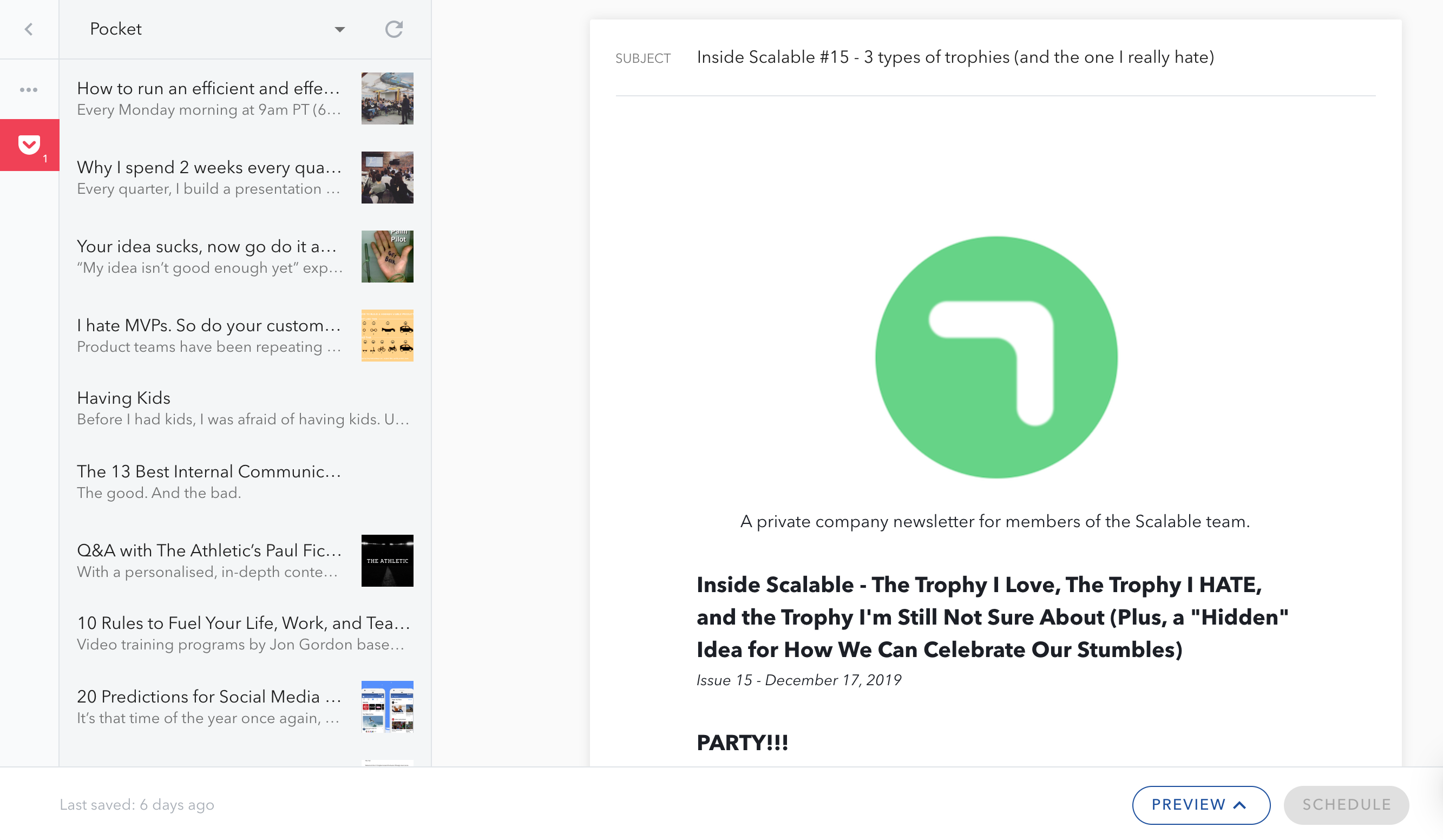 Team Communication Is Broken. We're Working To Fix It. 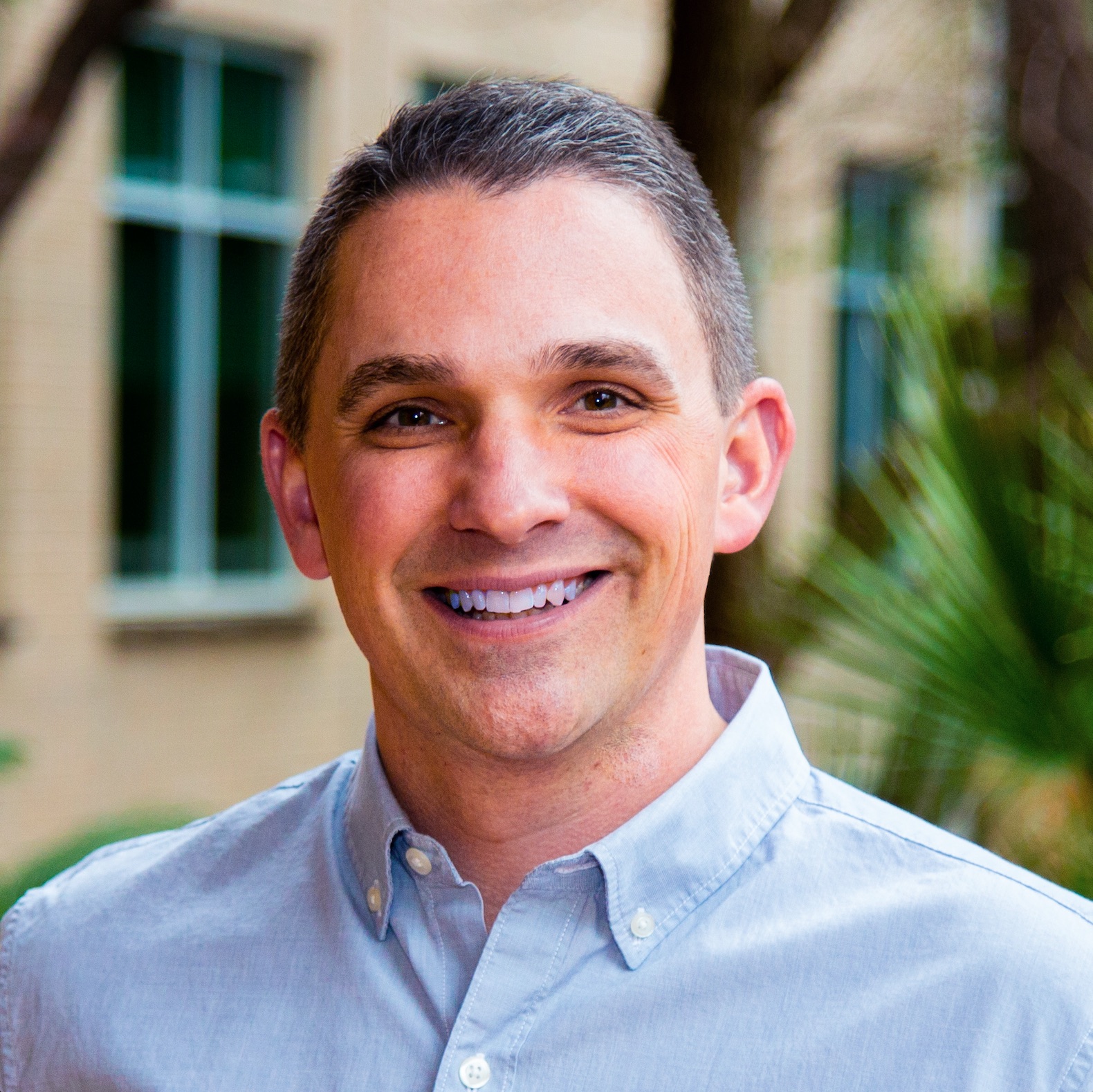 Tell me if this sounds familiar...

You have a big announcement...the kind of thing you want the entire team to hear about all at once.

Maybe you just closed a big sale, made a key hire, or locked down that next round of funding. Or, maybe you finally decided on the location for the end of the year holiday party.

How do you do It?

As the CEO of a fast-growing company, this was a scenario I found myself in multiple times a month. Usually the solution started with...

All hands meetings are important. In fact, we think you should be holding them weekly (in the early days when your team is small), and monthly as your team scale. Even at massive enterprises, "All Hands" meetings are held quarterly at an absolute minimum.

But what if you have something to say that can't wait for the next schedule meeting? And is it really practical to get everyone in the same room each and every time you have an announcement to make? Maybe in the early days, but as your team scales...heck no!

And even if your team is smaller and it does still make sense, there's no guarantee that everyone can even be in the same "room" (physical or virtual).

Nod your head if you've ever experienced this little back and forth...

Manager 1: "Can we hold an impromptu All Hands meeting next Wednesday?"

Manager 2: "No, we can't do it Wednesday. Half the marketing team is at a conference next week."

Manager 1: "Ok, what about tomorrow? This is really important and it can't wait until the following week..."

Manager 2: "That won't work, either. Most of our engineering team is still out sick with the flu?"

Manager 1: "Well CRAP!!!! Then I guess I'll just post something in Slack."

So while "All Hands" meetings are great, they just aren't enough.

Slack is great. I love Slack, and I'm betting you do, too.

But you know as well as I do that important messages become vapor in a matter of seconds...pushed off the screen with chatter about the latest project or what people are having for lunch.

Like that time I had an idea to build a promotion around the upcoming 20th anniversary of the company's very first sale...

We never did that 20th anniversary promo...yet another potentially-brilliant idea is lost forever in the "noise" of Slack.

And just so you know, I wasn't mad at Shannon. We use Slack to let our team members know when we're running late, so she was using the tool the right way. I was the one who picked the wrong tool for the job.

At the end of the day, Slack is great for water-cooler conversation, but what I'm looking for is the digital equivalent of a company bulletin board.

NOTE: I recognize that there are literally dozens of advanced (and not-so-advanced) Slack workflows that might resolve the issue, above, but I don't have time to learn them, and I'm guessing you don't, either. I just want to communicate with my team, and I shouldn't have to become a Slack "Power User" to do that. (Please nod if you agree.)

Ok, so if Slack isn't the "one team communication tool to rule them all" and if a company-wide meeting aren't in the cards, either, then...

In many ways, email is the ideal team communication tool:

After considering a multitude of communication options, I eventually settled on good ol' email. In fact, I took it one step farther and started sending out a weekly company email newsletter.

I didn't know it at the time, but this wound up being the exact moment the idea for Recess was first conceived.

The weekly newsletter was a hit with the team, and communication across the entire company was better than ever. (I guess email isn't dead after all.) :)

But email is still limited. For example...

In other words, normal email still fell short, which is why we kept looking for a better solution.

As a marketer, I was familiar with the tracking, automation, and design features offered by marketing automation tools like Mailchimp and Hubspot. The problem is, these tools are all designed to communicate with customers.

What I needed was something that worked like Mailchimp, but was designed for the particular needs of internal teams.

We searched and searched but found nothing.

The Struggle Is Real (and You Aren't Alone)

Everyone is struggling with internal comms. It doesn't matter if I'm talking to a startup founder with a dozen team members (less if they're distributed) or a manager at a massive enterprise, once a team get larger than 10 or 15 people, communication breaks down. It's just a fact of scale. And the really bad news is...

The problem is getting worse, not better. There are more tools than ever to solve the challenge of team communication, but are we really any better today than we were 5...10...15 years ago? According to the leaders I'm speaking with, the answer is a big, loud "NO!" If anything, the proliferation of tools has actually made things worse. It's fairly common for a team to "go rouge" and abandon the company-wide apps in favor of the new and shiny flavor of the week, which actually leads to an increase in communication silos and "black holes." And the funny thing is...

We believe the problem was already solved. We believe email is, was, and always will be the ultimate medium for team communication. It just needs a little help. Our goal wasn't to replace email. Our goal was to make email work better for teams.

Recess is still in pre-launch, but you can request to be in the Early Access group by registering below. All we ask is that you promise to tell us what you think. :)